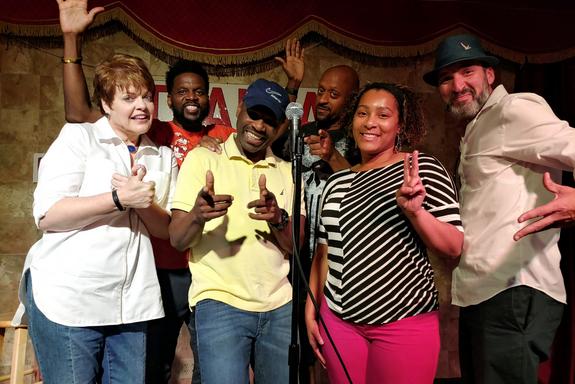 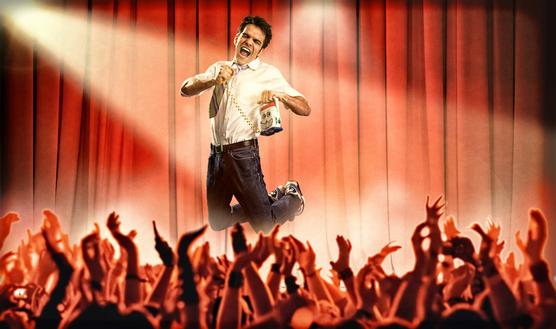 ​Imagine sending a packed audience at the world famous Atlanta Comedy Theater into fits of laughter and having legions of people cheering just for you! Now’s your chance! This critically acclaimed stand up comedy class taught by nationally acclaimed Billboard Charting comedian Josh Harris from NBC’s Stand Up for Diversity, Bill Bellamy’s Who’s Got Jokes, and Bounce TV’s Off The Chain, shows you how to write great jokes, develop strong public speaking skills, and find your funny!

An experience unlike any other, students will get 7 hands on classes with Josh Harris as they craft an amazing original 5-7 minute comedy routine. The class culminates with a live graduation comedy show, where students perform their original routines to a packed audience full of friends and family at the world famous Atlanta Comedy Theater! Regardless if you want to boost your public speaking skills, become a funnier more confident person, or be a professional comedian this is the class for you!

When: Classes start January 13th and run every Monday from 7-10pm for 7 Weeks.

The class culminates with a live graduation show where you debut your hilarious original comedy routine to a packed house at the world famous Atlanta Comedy Theater full of friends and family!

Students will receive:
Intense individualized instruction where Josh helps you with your writing and delivery, ensuring you have the most professional performance possible.
A dress rehearsal at the World Famous Atlanta Comedy Theater
A live graduation show at the world famous Atlanta Comedy Theater to a packed house full of friends and family
6 Classes and dress Rehearsal with Billboard Charting Comedian Josh Harris
2 Booked Open Mic performances at The Atlanta Comedy Theater once the class is done to nurture your growth as a hilarious comic!
A 25 page workbook, written by Josh Harris breaking down the science and structure behind stand up comedy and showing you how to find your funny.
A list of every comedy open mic in the city with detailed instructions on how to get booked at them all
Direction on how to create a dynamic marketable brand when the class is over
Easy access to Josh during and after the class

Course covers
How to write great jokes
How to develop great stage presence
The science behind what makes audiences laugh. Find the formula behind the funny!
Exercises and guidance to help each student find their unique comedic voice and identity.
Meticulous writing and rewriting with Josh Harris
Detailed individual guidance on stage presence and delivery, helping you become a dynamic performer and public speaker
Building Killer Confidence Onstage
How to conquer stage fright

Space is limited. Get your tickets now!

[jeffrey-umberger] “He is simply the best stand-up teacher there is, hands down. He’s an extremely gifted individual, and knows exactly how to help mold your comedic skills in order to build a completely successful set. TAKE HIS CLASS! Your stand-up comedy career should start with Josh Harris!”
– Jeffrey Umberger, Owner and Agent, Umberger Agency

[Jerry-Farber] “In my 50 years of stand up comedy and 30 years of seeing comedy class graduations Josh Harris’ Comedy Class was by far the funniest!”
– Jerry Farber: 3 Time Atlanta Entertainer of The Year

[David-Arnold] “I’ve been doing stand up for 16 years, I’ve taught my own stand up class in Los Angeles for the past 3 years and I have seen many comedy student graduation comedy showcases but NONE (including my own) like what I saw at Josh’s first class showcase here in Atlanta.”
– David Arnold: HBO’s Def Comedy Jam, Comedy Central, and writer for Tyler Perry’s House of Payne

[Keary-McCutchen] “If you’re not working full time as a stand-up, regardless of your experience level, take this workshop.  Josh’s insights into stage presence, delivery, writing, promotion, and marketing have helped me improve as a performer and an entrepreneur.  Thanks to this class, in just a few weeks, I experienced the kind of growth that would organically take years of open mics and road work.  Josh is positive, encouraging, and has a genuine respect for all of his students. He always gives honest criticism in a way that builds confidence.  If you’re serious about comedy, this class will help you identify the skills you need to succeed, the rest is up to you.”
– Keary McCutchen

[Lesley-Warren] “Josh is amazing – I have never written a thing in my life let alone comedy. He helped me sort through all the pages of brain unload and gave me a great foundation for a successful stand up set at the Punchline of all places! You owe it to yourself if you are even thinking of doing stand up comedy to take Josh’s class. Do eeeet!”
– Lesley Warren

[James-Edward-Thomas] “One of the most rewarding life experiences you’ll ever have. Josh guides you every step of the journey. Josh Harris is well on his way to being a major comedy star and won’t be offering this golden opportunity forever. Do it…….now.”
– James Edward Thomas

[jen-kelley] “Josh created a safe environment where you could experiment, fail, experiment again until you got it right. If you’re thinking of taking the leap with stand-up, start here!”
– Jen Kelley Co-Founder of Big Picture Casting Reply  Reply All  Forward
Type your paragraph here.